Jamie Webb is among an ever-dwindling group of middle-distance runners not to wear super spikes… but ahead of his pursuit of European Indoor Championships gold, the business end of the season may bring more than one reward

By Riath Al-Samarrai for the Daily Mail

When Jamie Webb starts his pursuit of gold at the European Indoor Championships in Poland on Friday, he will be marked as an outlier on a couple of counts.

Primarily, that is because he is among an ever-dwindling group of middle-distance runners to feature highly on a world-lead list without the benefit of the new wave of super spikes. Secondly, it is down to his willingness to discuss a thorny topic that has dominated the sport.

It continues to be a curiosity of this Olympic year that so many astonishing performances assisted by advancing shoe technology have been followed by silence or defensiveness from the athletes. All of which makes Webb an interesting case as he prepares for the first round of the 800m in Torun, Poland on Friday. 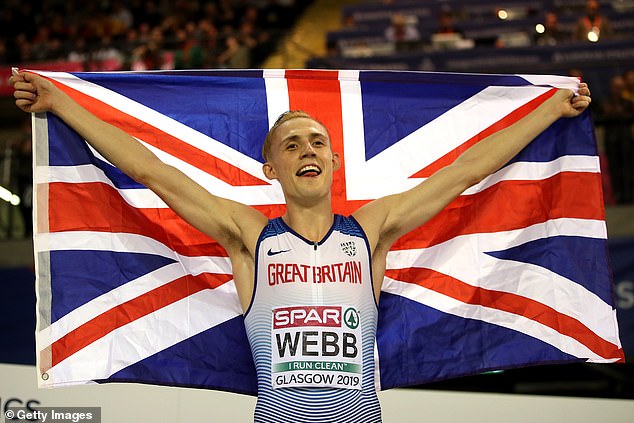 He is favourite to win on Sunday, based on a stunning run on the same track in February

The 26-year-old, who took silver in the same championships two years ago, is favourite to win gold on Sunday, based on a stunning run of 1:44.54 on the same track in February.

That race was dominated by Webb’s fellow Brit Elliot Giles, who clocked a mind-boggling 1:43.63, the second fastest indoor time in history. Giles was wearing the Nike Air Zoom Victory spikes, which benefit from a combination of a carbon plate and hyper-responsive foam, but as an Adidas athlete Webb won’t compete in an equivalent version until May.

Whatever disadvantage he may currently experience, he could reap the rewards at the business end of the season if rumours about the Adidas shoe’s testing results are to be believed. 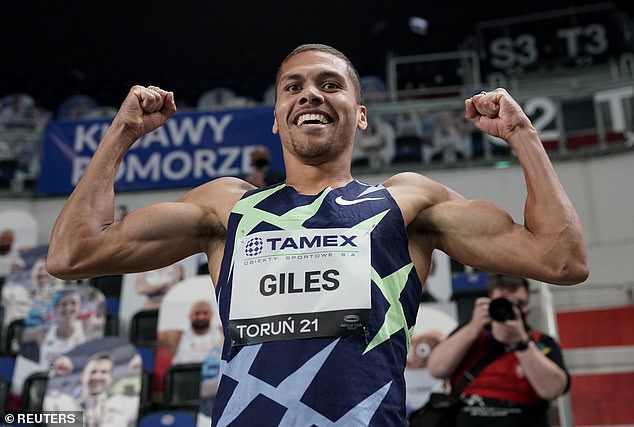 That race was dominated by Elliot Giles, who clocked the second fastest indoor time in history

Webb, who ranks fourth in the world this year, told Sportsmail: ‘To me, it is just us entering a new era and I see it as a positive.

‘I know the Adidas shoe will be incredible when it comes out, but inside a part of me is like, “If I run 1:42 in the summer, I know it won’t be viewed like when others did it previously”, even if I believe I am probably capable of that. But we are moving with the sport and we can only work within the rules.

‘No one’s performances should be seen in a tainted light – we are just there to compete. One thing that has not changed is you have to be a bloody good athlete to make an Olympic final.’

Webb is in the leading cluster of a strong generation of British middle-distance runners.

Aside from his training partner Daniel Rowden and Giles, there is Max Burgin, the prodigiously gifted teenager. None of those three are competing in an underwhelming championships in Poland, but Olympic selection in June will be brutal. 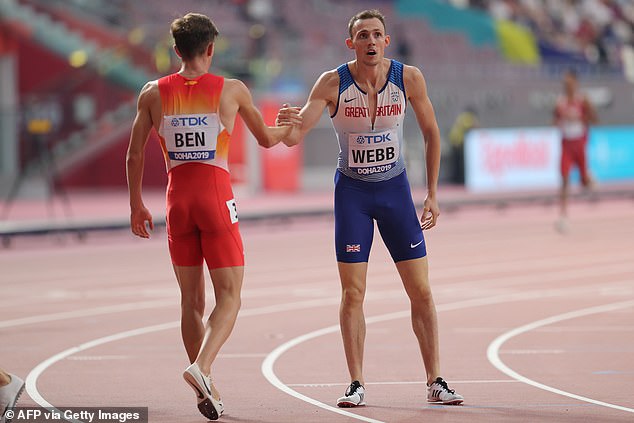 The 26-year-old, who took silver in the same championships two years ago, is world No 4

Webb said: ‘I have already run 1.44 in what you would class as standard spikes so the summer is exciting.

‘The worst thing I can do is rest on my laurels because the state of 800m running in Britain is so hot at the moment. British trials will probably be more difficult than the Olympic heats.

‘After that, who knows? I would like to make the final of the 800 in Tokyo and if I get there anything can happen.’

HOT OR NOT: Charlie Woods standing side by side with Tiger...