By Jonathan McEvoy for the Daily Mail

Lewis Hamilton, back from Covid, missed out on his 99th pole position – beaten by Red Bull’s Max Verstappen and his Mercedes team-mate Valtteri Bottas in the qualifying shoot-out under floodlights in Abu Dhabi.

The seven-time world champion sat out last weekend’s race in Bahrain and only made the journey from self-isolation on Thursday, so perhaps his less than usually stellar performance should hardly have been unexpected.

Joy for Verstappen, who took the first non-Mercedes pole of the season in dry conditions. He was 0.086sec ahead of Hamilton. 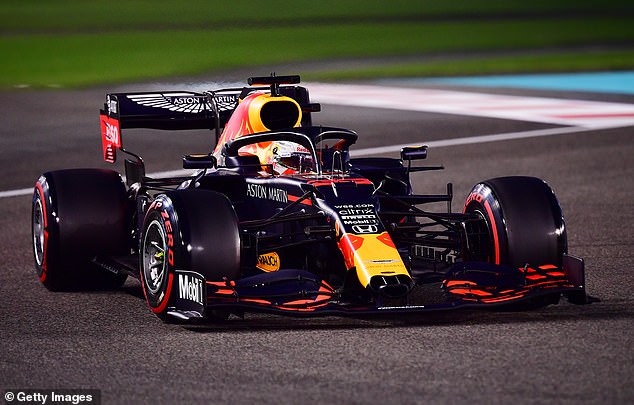 The Dutchman was 0.086sec ahead of Hamilton, who returned to the track after covid-19

Bottas had seemed to have pole wrapped up until Verstappen came careering through as the seconds ticked down.

Hamilton had earlier seen his time erased for exceeding track limits at the penultimate corner in Q1 – a sign perhaps of his health upheavals of the past week and brief spell out of the car.

It was back down to earth with a predictable bump for last week’s hero George Russell, who stood in so ably for Hamilton at the Sakhir Grand Prix. His Williams was nothing like the magic carpet provided to him by Mercedes and he qualified 18th. 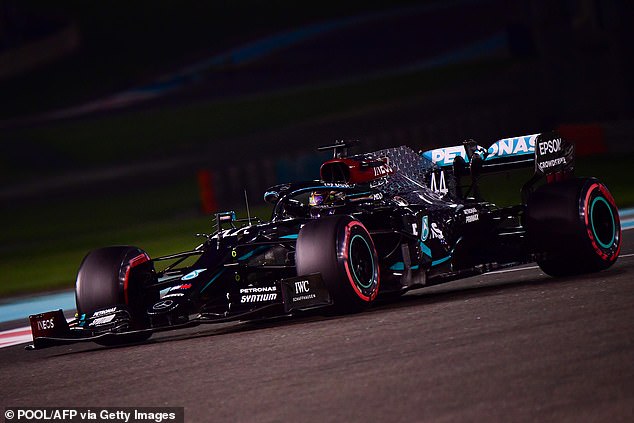 How he must be looking forward to another year bumping along the bottom!

Vettel, in the final race of six ultimately unfulfilled season at Ferrari, qualified a disappointing 13th, seven-tenths behind team-mate Charles Leclerc in Q2. Leclerc qualified ninth in the end.

The four-time world champion’s impending move to Aston Martin next season is much needed if only to breathe some life into his listless late career – or will 2021 bring yet more evidence of his ebbing powers.

Brit Lando Norris put in a decent performance to qualify fourth for McLaren.

admin - January 9, 2021 0
The match is shaping up to take place on March 13th Bendigo Stadium in Bendigo, Victoria Australia. The venue made famous when Australia’s last...

Juventus get title defence back on track as Ronaldo scores twice...

Kubrat Pulev told Anthony Joshua to ‘remember me’ after the Brit’s...

Newcastle ‘hold talks with Monaco over a £6.3m move for right-back...

Lewis Hamilton feels ‘destroyed’ but ‘grateful to be alive’ after returning...