Sport doesn’t always have to centre around doom and gloom.

It is all too easy to slip into the habit of being consumed by frustration and anger, depending on the results of teams across the world, when in fact there is always plenty to recognise and cherish.

This past year has perhaps been the most testing in recent memory, and celebrating achievements and selfless acts of all shapes and sizes has come to the forefront more than ever. 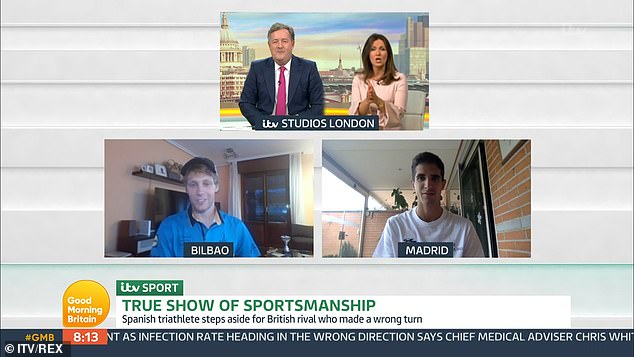 Everyone has suffered greatly in their own way over the past 12 months – but thankfully sport, for some, has been able to provide a kind of safe harbour.

There have been numerous examples of good deeds and wonderful sportsmanship shown throughout history in every kind of arena. These help to provide a reminder that even in the darkest of times, goodness can still be found.

So here, Sportsmail has taken a look at 10 of the best moments certain to raise a smile or two…

Late drama at the 2020 Santander Triathlon

Triathlete Diego Mentriga was rightly lauded for a brilliant display of selflessness after a race in Spain earlier this year was caught up in late drama.

James Teagle, his British competitor, looked on course for a spot on the podium at the 2020 Santander Triathlon when he accidentally took a wrong turn with the finish line agonisingly in sight.

Mentriga had been hot on the heels of Teagle and managed to overtake his opponent before heading down the last stretch.

After realising his mistake, however, he slowed down and allowed Teagle to move back in front of him, gifting him back third place.

The 21-year-old said after the finale: ‘Seeing how he was wrong, unconsciously I stopped. He deserved it.’

A touching moment on the finish line

Abbey D’Agostino and Nikki Hamblin collided while competing at a women’s 5,000-meter qualifier at the Rio Olympic Games in 2016.

The two athletes, from the United States and New Zealand respectively, both took a tumble and fell out of contention.

They lent a helping hand to each other and clambered back up, but D’Agostino appeared to have picked up an injury in the fall and was slow to finish the race.

As she limped her way to the finish line, she realised that Hamblin was waiting there to congratulate her.

‘I’m so grateful for Abbey doing that (and making sure that I was OK),’ Hamblin told Yahoo Sports. ‘That girl is the Olympic spirit right there.’ 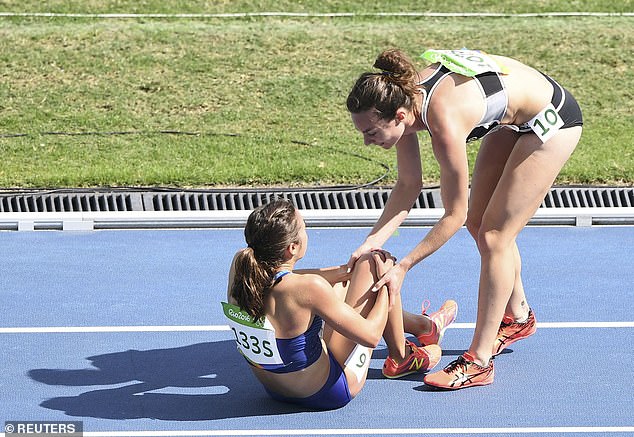 Arsenal outcast Mesut Ozil and his wife Amine Gulse chose to mark their wedding day last June with a gesture which provided invaluable support for children around the globe.

The 32-year-old, currently in his exile at the club, decided against accepting traditional gifts to mark the special occasion – and instead asked guests to donate to a charity.

The charity funds operations for children in various developing countries who have suffered from burns, club feet and other ailments. 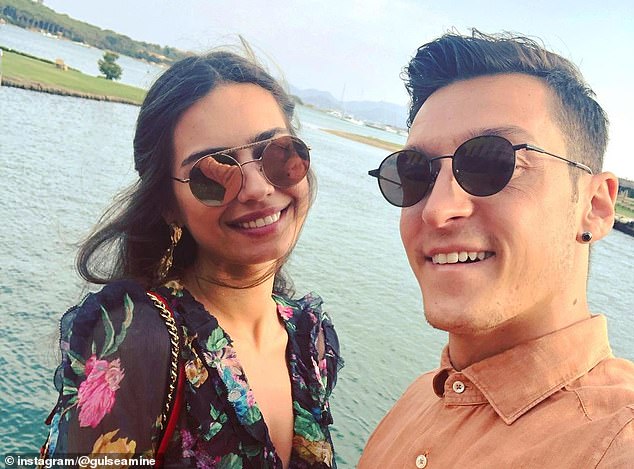 The 101-year-old darling of basketball

Sister Jean Dolores Schmidt has recalled hearing someone insist that ‘you’re put on the shelf’ when you turn 40. At that time, Sister Jean was a 20-year-old nun.

Since then, she has surpassed that milestone and then some.

More than 80 years have gone by since Sister Jean decided to enjoy her life, and she is now making the most of her golden years in the best possible way.

As the Loyola basketball team chaplain, Sister Jean became the darling of the 2018 NCAA Tournament – and proved to be the friendly face which helped the Ramblers’ adventure to the Final Four become even more memorable.

She is now 101, and has been the team’s chaplain since 1994. Sister Jean can often still be found taking in matches from the Gentile Arena tunnel, beaming away in her wheelchair.

Her pre-game prayers on the court, as well as scouting reports, have become a fixture at Loyola. 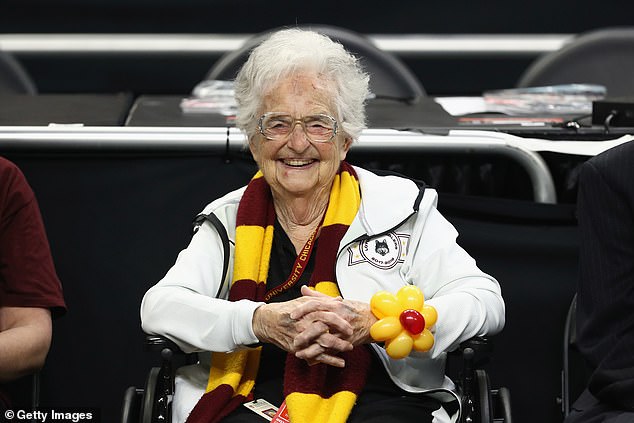 Brotherly love in the Brownlee family

Jonny, 30, was leading the race heading into the final stretch, but began to slow down with the sheer heat at the event finally taking its toll in heartbreaking fashion.

But his sibling, rather than overtaking him, decided to pull up and help Jonny finish.

With the two brothers edging closer to the line, Alistair then gently pushed Jonny ahead of him, helping him achieve a second-place finish.

‘Alistair had the chance to win but threw that away to help me out,’ Jonny said after the race. ‘I’ll be thankful for the rest of my life.’ 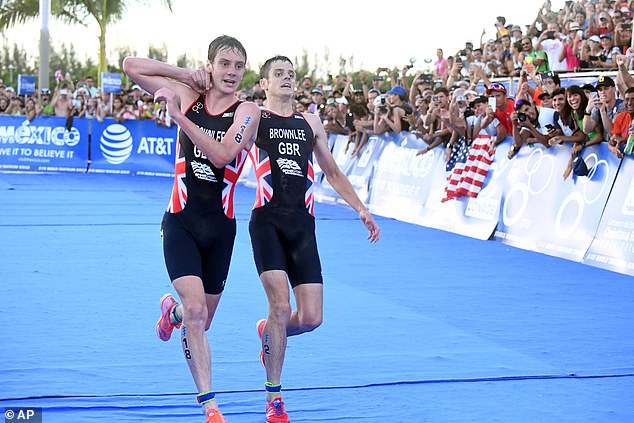 An emotional upset in Rio

Novak Djokovic has long-since ruled as the No 1 ranked tennis player and does not suffer defeat often.

His first-round loss at the Olympics in Rio therefore came as a major shock, although Djokovic, in a brilliant display of sportsmanship, turned his setback into a remarkable testament of good will.

Djokovic had been downed in straight sets by the unranked Juan Martin del Potro.

After his early knockout was confirmed, Djokovic made sure to take the time to embrace the emotional winner. He then made his way off the court with tears brimming in his eyes.

‘It’s obviously very sad and disappointing on my side to go out in a tournament this early,’ Djokovic later admitted.

‘But on the other hand, I’m glad a good friend of mine, and somebody who has struggled a lot the last couple of years with injuries, is back and plays at this level.’ 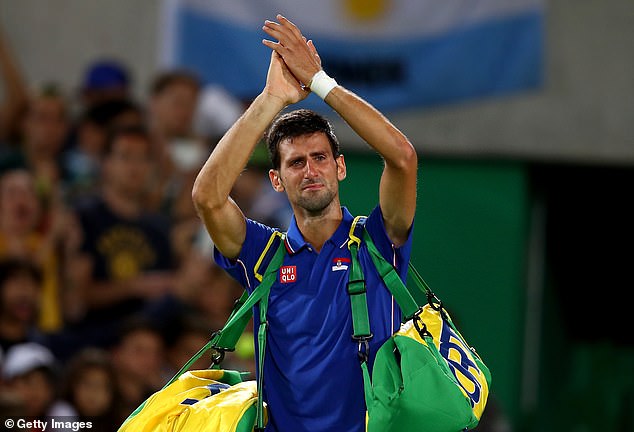 Hiromu Inada became a Guinness World Record holder for being the oldest person to take part in the Ironman World Championship.

He admitted that the race had been ‘extremely tough’, and told the Japan Times: ‘There’s a part of me that wants to challenge myself and see how long I can keep competing.

‘And if there are people rooting for me, then I think it’s my obligation to meet their expectations.’ 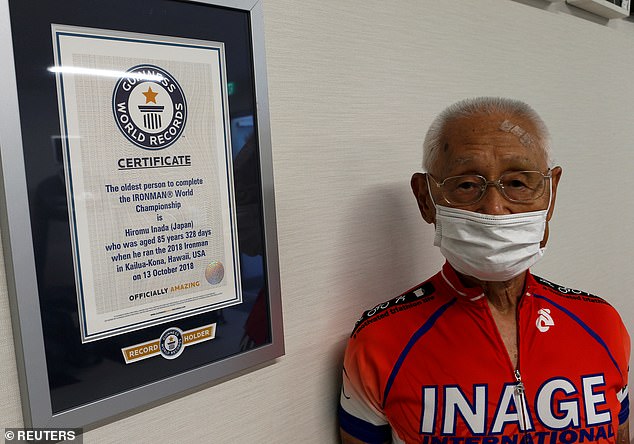 Having been diagnosed with polio as a young child, Wilma Rudolph was told that she would never be able to walk.

Rudolph, who sadly passed away in 1994 after a short battle with cancer, managed to recover but lost strength in her left leg and foot.

Despite her impairment, Rudolph was able to compete in track and field and was quickly viewed as being a natural athlete.

Just eight years before, Rudolph had been unable to walk without a medical aid. 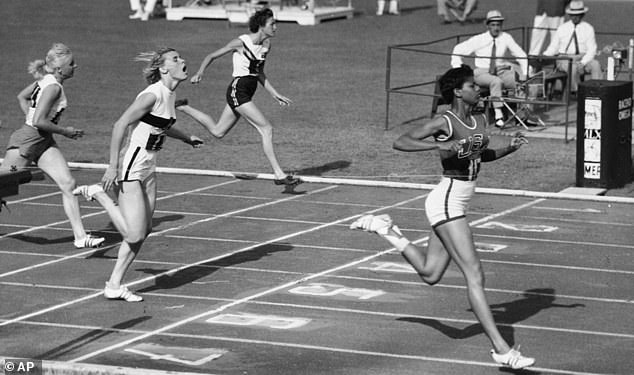 Piotr Malachowski’s silver medal, won at the Rio Olympics, was put up for auction soon after his success to help fund cancer treatment for a three-year-old boy.

Olek Szymanski suffered from retinoblastoma and required treatment in an effort to save his eyesight.

A selfless Malachowski, a discus thrower, wanted to raise enough money from the auction to pay for the surgery.

ESPN’s Darren Rovell reported Siepomaga, a foundation in Poland, were able to raise a third of the $126,000 (£93,330) needed – with Malachowski aiming to cover the rest of the costs through offers on his medal.

Malachowki was able to announce, shortly after the auction went live, that a wealthy couple from Poland committed to donating the rest of the amount needed. 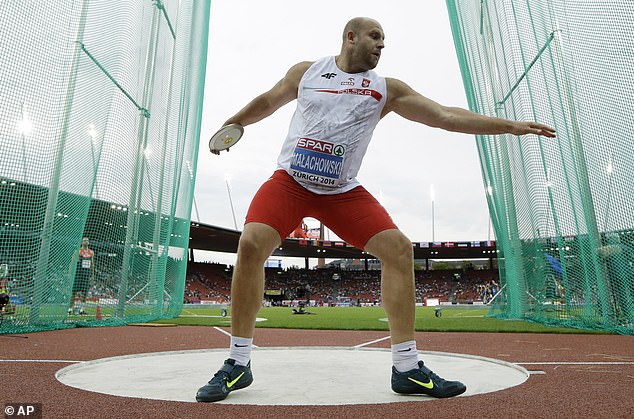 The career of Shaun Barker was thrown into doubt in 2012 after a sickening injury.

The footballer, then playing for Derby County, was unable to prevent himself colliding with goalkeeper Frankie Fielding.

The heavy blow caused every ligament and tendon in his knee to rupture.

It was then widely believed that the severity of the damage would force Barker to retire from playing.

However, the now 38-year-old, who has since hung up his boots, underwent five surgeries and sat out for over four years in his bid to mount a jaw-dropping recovery.

His emotional return came in August 2016 with Burton Albion. Barker was introduced as a 93rd minute substitute in a fixture against former club Derby. 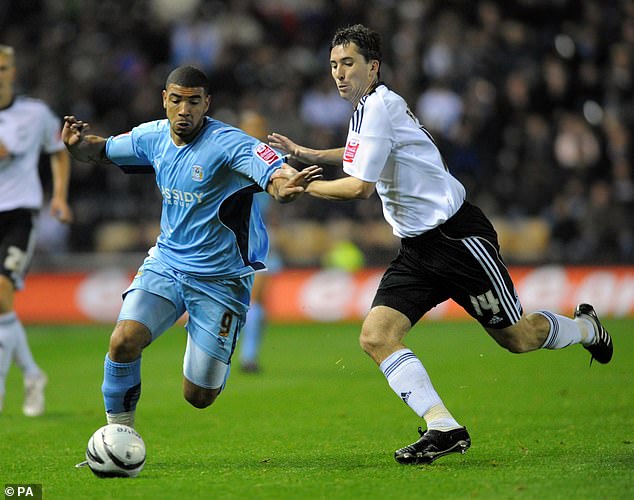 Khabib Nurmagomedov was ‘disappointed’ by Conor McGregor’s performance during UFC 229...