By Dan Ripley for MailOnline

Williams have unveiled their new FW43B car for the season but only after hackers forced them to pull the plug on plans to launch the car via an app.

The Grove outfit had planned to give fans a chance to experience seeing the new car within their homes via an app’s projection technology.

However one hour before the car’s launch on Friday, the team was forced to abandon the concept and put out a statement confirming the cancellation of the virtual reality launch. 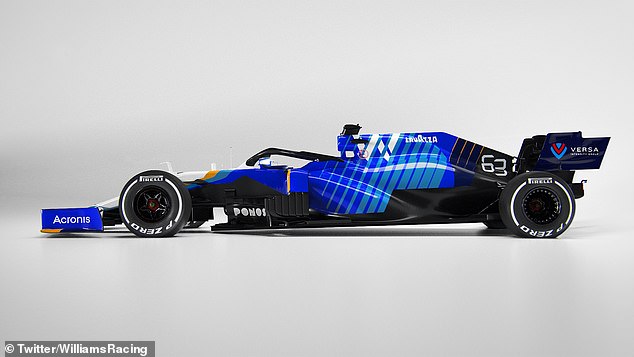 ‘However, sadly, because the app was hacked prior to launch, this will no longer be possible.

‘We have subsequently removed the app from both the Apple App Store and Android Google Play store.

‘We were very much looking forward to sharing this experience with our fans, particularly during this difficult time when being able to bring in-person experiences directly to our fans is sadly not possible.’ 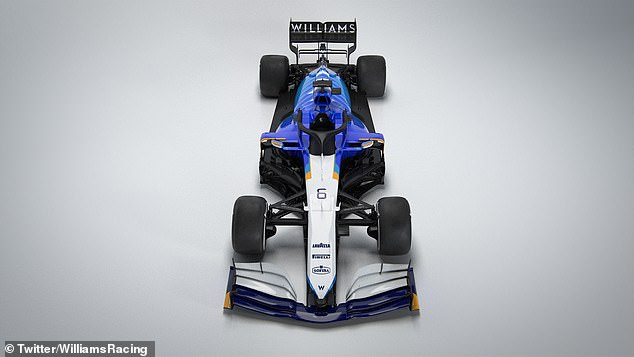 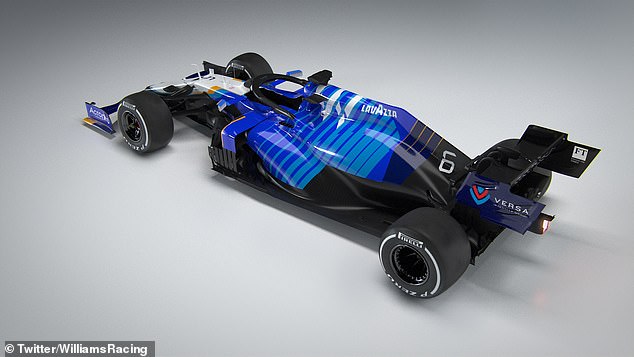 Williams released images of the FW43B on Twitter, with the car undergoing a livery change

George Russell who will drive for the team for a third straight season admitted his disappointment at fans not being able to see the experience having previewed the technology.

‘Massive shame. I’ve seen the app and it was going to be an awesome experience for you guys. Whoever did this, seriously not cool’, the Brit tweeted.

Although the virtual launch was abandoned the team still released the images of the car which has a brand new livery following last season’s more white based design, with blue streaks as well as yellow trim added to the car, to reflect on the team’s heritage.

However the machine itself is only an update on the FW43 car raced last year as the team look ahead to the new rules and regulations coming into place for the 2022 campaign. 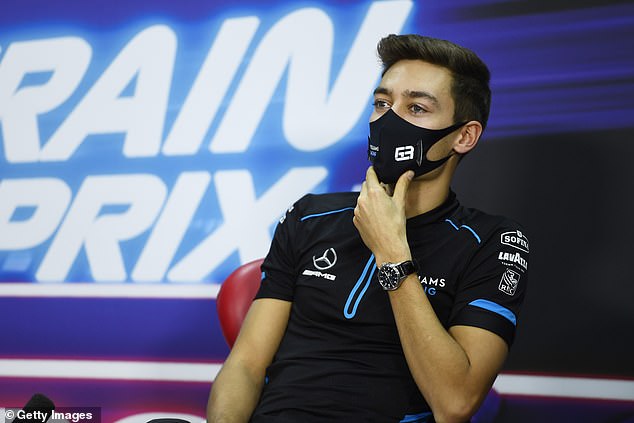 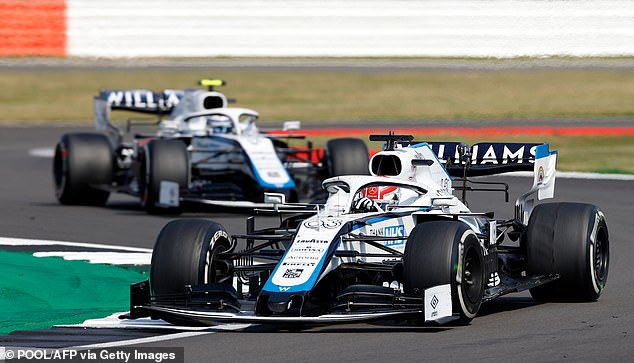 Despite pace improvements on the 2019 campaign, the team went the whole season without scoring a point and will be desperate to end their drought which stretches back to the 2019 German Grand Prix when Robert Kubica scored the team’s only point of the season with a 10th place finish.

Russell will this season team up with Canadian Nicholas Latifi at Williams again as the team look to finally crack the top 10 once again.

Williams have struggled keeping pace with rivals in recent years finishing bottom of the constructors’ championship for the past three seasons.

admin - January 9, 2021 0
Sead Kolasinac closing in on January loan return to Bundesliga side...