By Ollie Lewis For Mailonline

Patrick Bamford has revealed he would ‘relish the competition’ of taking on Erling Haaland for game time at Leeds in the unlikely circumstance that the in-demand Dortmund star sealed his dream move to Elland Road.

The prolific Norwegian marksman, 20, is on the radar of a legion of top European clubs owing to his sensational form for the Bundesliga side, firing 27 goals in 27 outings this season.

Haaland, son of former Leeds midfielder Alf-Inge, has made no secret of his love for the Yorkshire club, revealing in 2017 his ‘dream’ to win the Premier League with the newly-promoted side. 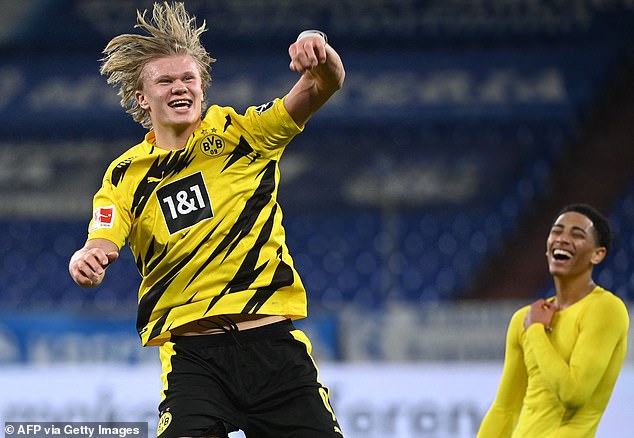 And Bamford, who has led the line with aplomb for Marcelo Bielsa’s newcomers this season, has jokingly said that he would be up for the battle for minutes with the wonderkid.

The 27-year-old was asked on Leeds’ official podcast whether he was concerned about fighting for his place when Haaland signs in the summer.

The question was asked tongue in cheek, but Bamford jovially quipped: ‘I relish the competition.’ 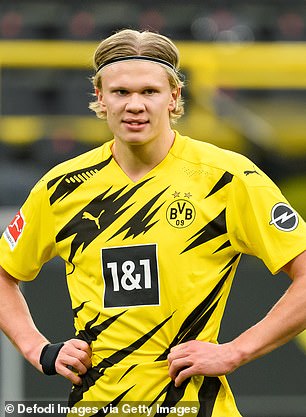 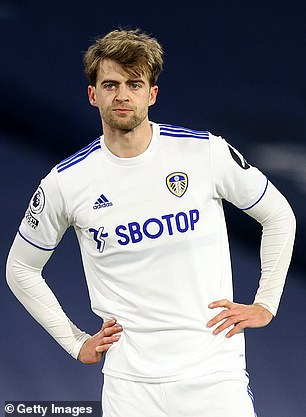 Former RB Salzburg star Haaland made his Leeds revelation before he exploded onto the scene with the Austrian club.

While playing for Molde, the then-teenager set out his bold ambitions for what would be a hugely successful career.

‘I want to be the best possible,’ he told Aftenposten. ‘The dream is to win the Premier League with Leeds. In addition, the goal is to become a better player than my dad was. I hope to get more caps than he did.’ 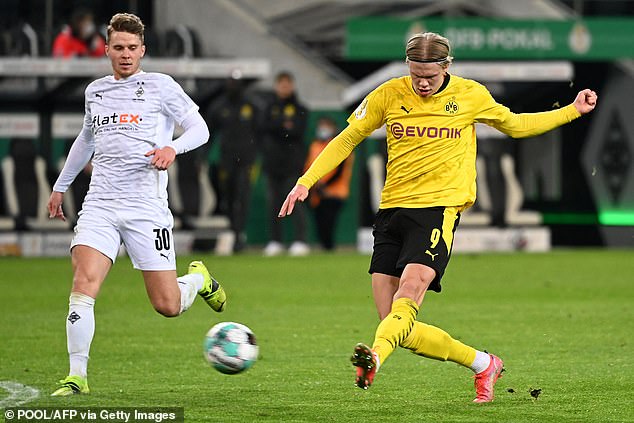 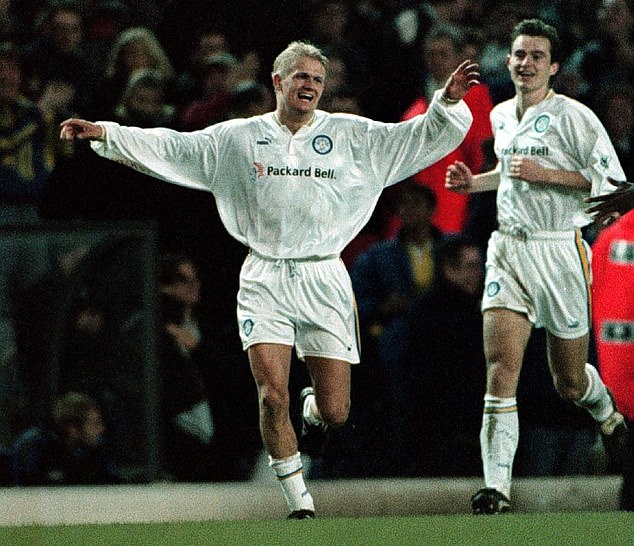 Haaland was born in Leeds while his father, Alf-Inge, spent three years with the club

However, another of Alf-Inge’s former clubs, Manchester City, are strong contenders to land the coveted striker this summer.

Pep Guardiola’s side are on the lookout for a long-term successor to Sergio Aguero, who has suffered a torrid campaign owing to numerous injury setbacks.

In Haaland, City could have their leading man for the next decade, with the Norwegian expected to dominate alongside Kylian Mbappe for years to come.