‘I asked myself whether that was really him’: Lilian Thuram left ‘extremely shocked’ after seeing his son Marcus SPIT in the face of Stefan Posch during Borussia Monchengladbach’s defeat against Hoffenheim

By Oli Gamp For Mailonline

Former Barcelona defender Lilian Thuram has admitted he was ‘extremely shocked’ to see son Marcus spit at opposition player during a game for Borussia Monchengladbach.

The striker was given an immediate red card for his behaviour after confronting Hoffeinheim defender Stefan Posch in the 77th minute of their Bundesliga clash last weekend, and was later slapped with a six-game ban and £37k fine by the German FA. Hoffeinheim went on to win 2-1 thanks to a later winner from on-loan Tottenham defender Ryan Sessegnon.

Marcus, who has also been fined a month’s wages by his club, has since apologised and stressed it was ‘not in his character’, and Thuram Snr – a World Cup winner with France in 1998 – also shared his disbelief at what he had seen. 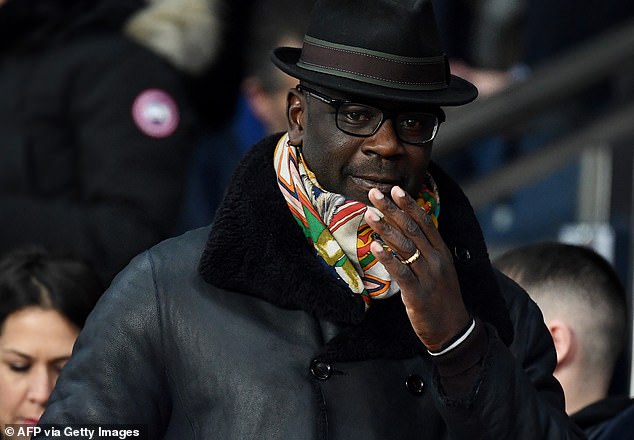 His father Lilian, a former Barcelona defender, admitted he was left ‘extremely shocked’

‘It’s completely understandable what is happening in the media. I myself was watching the match, I was extremely shocked,’ he told RCI Guadeloupe, via Goal.

‘I even asked myself the question of whether that was really my son.’

Marcus maintains that the spitting was unintentional, although stressed that he accepts any punishment that comes his way.

Thuram Snr, who enjoyed a hugely successful career with Parma, Juventus and Barca – making 683 club appearances in total – said he had spoken with his son, who insisted that was ‘not capable’ of such behaviour on purpose. 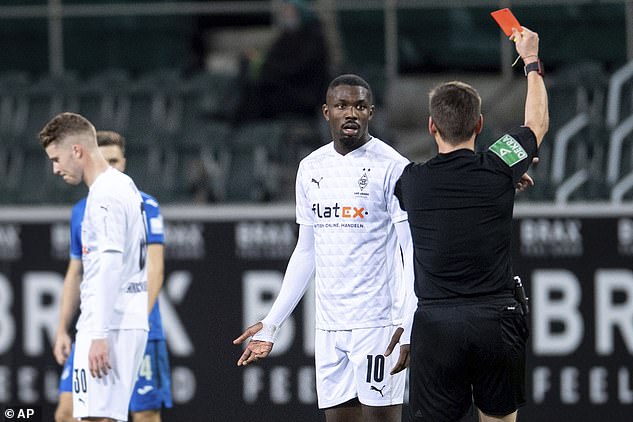 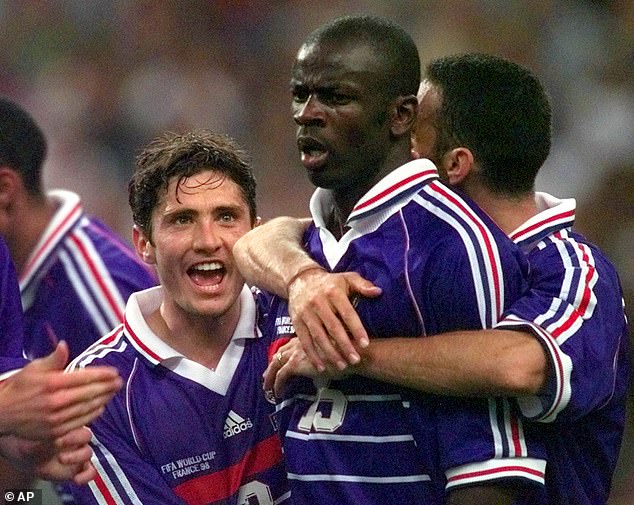 ‘Afterwards, I had his explanation, which is to say that he was raging with anger, and so he insulted the opponent and without actually doing it on purpose, he had saliva which came out,’ he added.

‘What he wants is for people to remember that it’s unintentional because he says himself, “But Dad, I wouldn’t want people to think I’m capable of spitting on someone on purpose because it doesn’t make sense”.’

The DFB revaled the French international would serve a five-match ban in the Bundesliga and German Cup, with the sixth game suspended until December 2021. 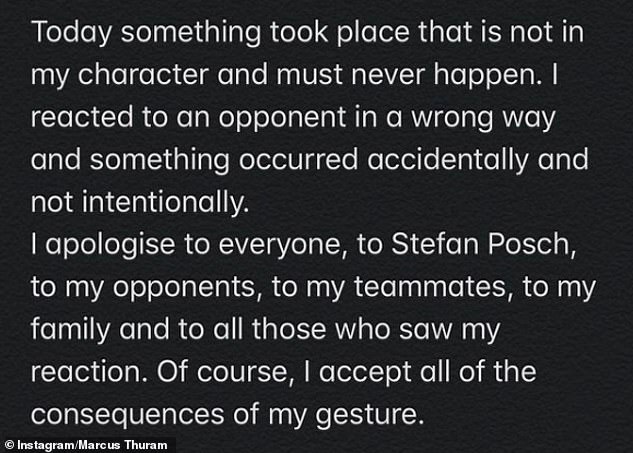 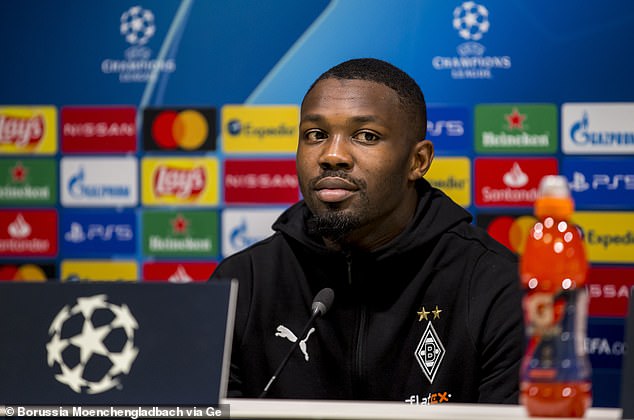 Thuram Snr added: ‘He accepts [the punishment] – and I think it’s normal – that he should be punished because indeed, it is a gesture that must not exist on the football field.’

While his father was a renowned centre-back – one of the most highly regarded in the game – Marcus has taken a slightly different path as a striker.

This incident will prove a set-back to the 23-year-old promising career, which has seen him play 172 games for French clubs Sochaux and Guingamp before signing for the German side for around £10million in 2019.

He has 36 career goals to date, earning three caps for France, and has been linked with moves to Manchester City and Barcelona and Juventus – where his father plied his trade.

admin - January 9, 2021 0
Brazilian strawweights Livinha Souza and Amanda Lemos will collide in the octagon on March 6 as both agreed to meet at...

Barry Hearn concedes next month’s snooker Masters will be behind closed...