By Jonathan McEvoy for the Daily Mail

The Abu Dhabi Grand Prix signalled the end of what has been a completely unprecedented F1 calendar dominated by the coronavirus.

Lewis Hamilton came out on top of it all to win a record-equalling seventh world title while Mercedes swept the constructors title once again.

Max Verstappen put up a brilliant fight in a less superior Red Bull while George Russell showed us exactly what he can do with the right equipment. Here is Sportsmail’s JONATHAN McEVOY’S review of the F1 season.

DRIVER OF THE YEAR

It is impossible to look beyond Lewis Hamilton after he made a bonfire of the record books. Even Michael Schumacher was eclipsed in terms of wins — Hamilton stands at 95 to the German’s 91 — and matched on seven championships following the clinching race, perhaps the best of the season, on a damp Istanbul track last month. Aged 35, Hamilton — soon to be Sir Lewis — continues to set the standard, his own desire unquenchable, and with enough held in reserve.

BEST OF THE REST

The two best equipped to take over the mantle are Max Verstappen and George Russell, marginally ahead of Ferrari’s Charles Leclerc, who, though fast in qualifying, has revealed glimpses of impetuosity. Verstappen’s pace has been widely known about for a while but Russell only pressed his claims when he stepped in for Hamilton so adroitly in Bahrain.

He mastered his new car in the space of a few days and showed speed and judgment. Further, he handled himself well — every word he uttered measured to enhance his chances of landing a Mercedes drive. Alas, it looks unlikely to come in 2021. 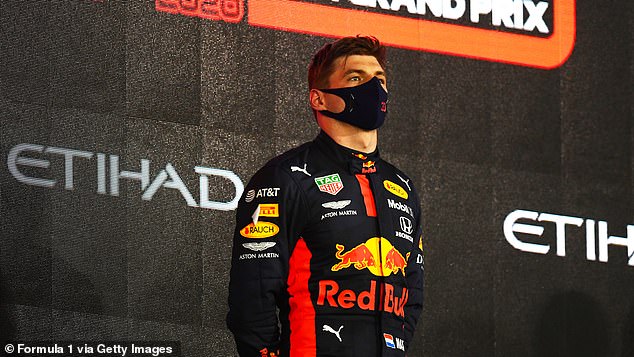 Romain Grosjean’s 140mph crash in Bahrain that instantaneously turned his Haas car into a fireball. The TV cameras cut away for the 25 fretful seconds in which he freed himself and walked through the flames to miraculous safety.

He later said he had made peace with death, yet he merely burned his hands. His survival was a tribute not only to the ‘halo’ device but to the safety pioneers, such as Sir Jackie Stewart, Prof Sid Watkins and Charlie Whiting, who ensured the impact — 53G — did not rattle the Frenchman to death. And ensured he could exit the cockpit. 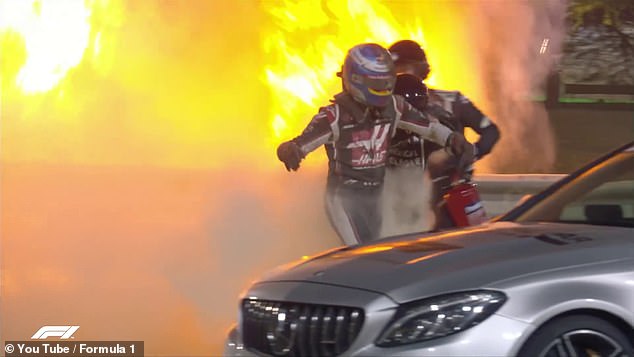 Chase Carey, undemonstrative successor to Bernie Ecclestone, walked out of the paddock for the last time as the sport’s boss on Sunday night. He will be back in the Hamptons before Santa calls.

His best achievement? Putting together this phoenix season: 17 races in 24 weeks after Covid took a knife to the calendar. Quite an achievement given F1 logistics. It was a salvage operation that saved untold jobs and took us to some old favourite tracks, Imola included.

His worst failing? Killing the intrigue of Ecclestone’s one-man show. American corporatism has taken a stranglehold. Over now to Stefano Domenicali. 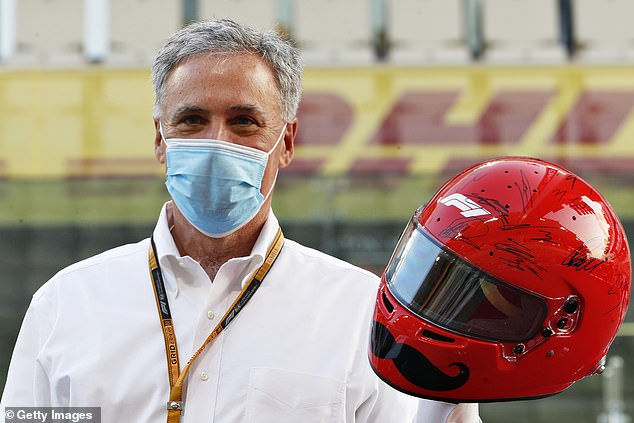 Chase Carey stepped down from his role as F1 CEO, he succeeded Bernie Ecclestone in 2017

THE CURSE OF COVID

Those who have attended every race have been tested for Covid some 35 times. The last swab on Saturday, and subsequent negative result, secured safe passage to Blighty for Christmas.

All sorts of limits have been placed on reporters — where they stand, what access they get — for fear of us spreading the virus to team personnel. Ironically, three drivers have tested positive out of 20, but not a single journalist. They should keep the drivers away from us!

It was a joy driving in and out of the tracks. Silverstone to London, a cinch, no queues.

But it was awfully sterile, too. The absence of crowds at usually atmospheric events such as the British and Italian grands prix was the worst.

Thankfully, we did not have to endure a Monaco with no fans — it was called off. Let’s hope the circus can return, vaccine and good sense permitting.

Bournemouth and Watford charged with misconduct over mass brawl and red...