‘You see that in Sunday League at Hackney Marshes’: Lee Bowyer lets rip at his Charlton stars after defeat by Accrington Stanley as he reveals he told one player ‘If I see you do that again you’re never going to play for me’ after he jumped out of tackle

By Jeorge Bird For Mailonline

Charlton manager Lee Bowyer was heavily critical of his team following their 2-0 defeat to Accrington Stanley, describing the first goal that they conceded as something that you see ‘in Sunday league at Hackney Marshes’.

Colby Bishop scored both goals as Charlton were beaten, with Bowyer’s side having now gone four games without a victory.

Bowyer is desperate for Charlton, who are seventh in League One, to improve, but didn’t hide his disappointment with their performance on Friday night.

Speaking to Sky Sports, Bowyer said: ‘The goal sums us up at the moment. Defensively, we’re soft and teams are recognising that. There’s nothing exciting about that first goal – it’s just a long punt from the goalkeeper, straight down the middle, like basic.

‘You see that in Sunday League over Hackney Marshes, you see things like that. It shouldn’t be happening here, they’re professional footballers.

‘I can’t defend it and it hurts me because the standards I’ve set they’re a lot higher than that. Some players have to look at themselves.’

Bowyer also questioned the attitude and commitment of some of his players. The Charlton boss was particularly scathing in his criticism of one individual, believed to be Marcus Maddison, for ‘jumping out of tackles’. 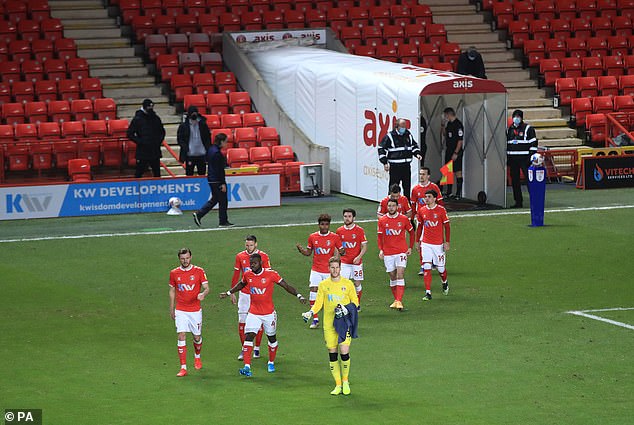 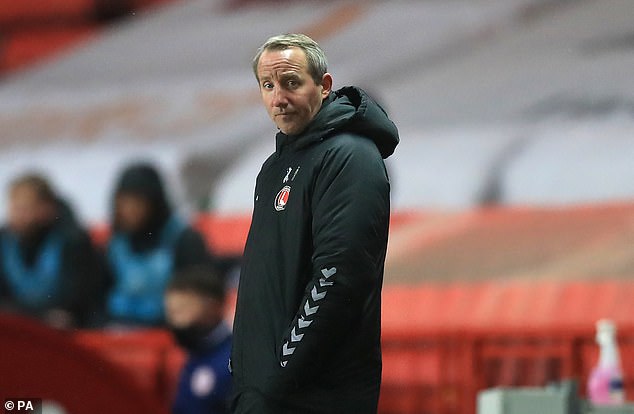 After the game Bowyer told the individual in question that if he jumps out of tackles once more then he won’t play for him again.

Bowyer said: ‘I’ve got a player that’s jumping out of tackles, that’s not part of the game. I’ll never defend that and I’ve just told him, like I told someone else two weeks ago, if I see you do that again you’re never going to play for me ever.

‘You have to fight for everything in football. To do things like that is not acceptable, and you let your team-mates down as well.’

Charlton still have hopes of earning promotion but there is much work for Bowyer to do to get them out of their current predicament.

Next up for the Addicks is a home game against Rochdale on Tuesday.