FA CUP ROUND-UP: Norwich overcome Covid outbreak to down Coventry as Nottingham Forest and Luton also see off Championship opponents to reach the fourth round

Norwich overcame Coventry and Covid-19 disruption as a quickfire double from Kenny McLean and Jordan Hugill saw them progress to the fourth round of the FA Cup.

The tie hinged on two early strikes as McLean fired home from close range after a through ball from Todd Cantwell on six minutes before Hugill doubled the hosts’ advantage with a header just 80 seconds later to settle the contest. 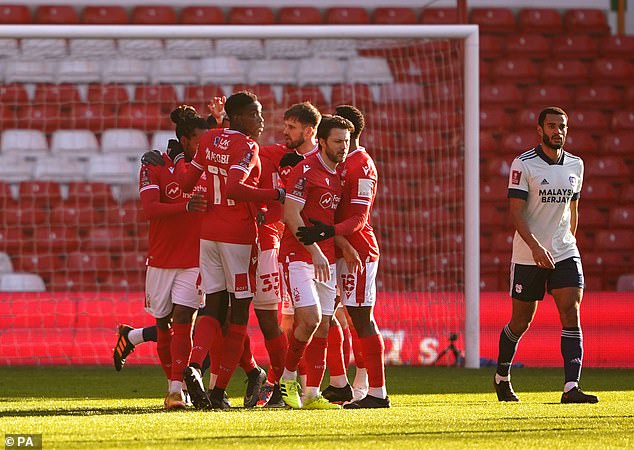 A brilliant third-minute strike from Lyle Taylor was enough to separate Nottingham Forest and Cardiff at the City Ground.

The former Charlton marksman found the back of the net with a cushioned volley that beat the desperate dive of former team-mate Dillon Phillips, who was making his debut for Neil Harris’ men after joining the Addicks in October last year. 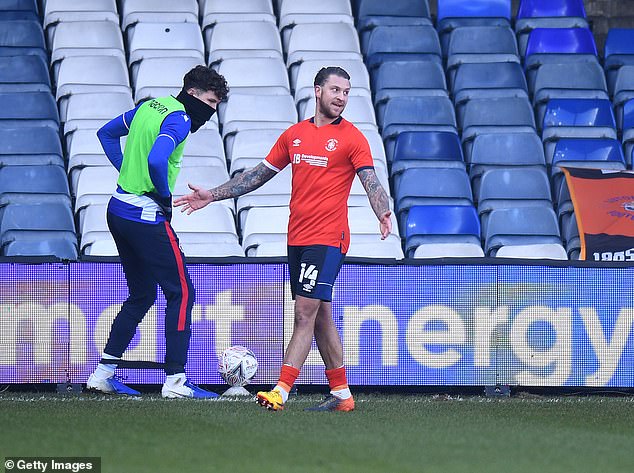 The Royals were unable to net any of their 18 shots at Kenilworth Road, with the hosts taking the spoils thanks to George Moncur’s strike on the half-hour mark.

James Bree’s cross found the midfielder in the box and Moncur found the bottom right-hand corner of Luke Southwell’s goal.