Benevento 0-2 AC Milan: Stefano Pioli’s men return to the top of Serie A despite Sandro Tonali getting a straight red in the first half as strikes by Franck Kessie and Rafael Leao prove the difference

AC Milan saw off Benevento on Sunday to return to the top of Serie A despite the dismissal of Sandro Tonali on 33 minutes.

Franck Kessie put the visitors in front from the spot before Roberto Insigne went within a whisker of drawing the hosts level. 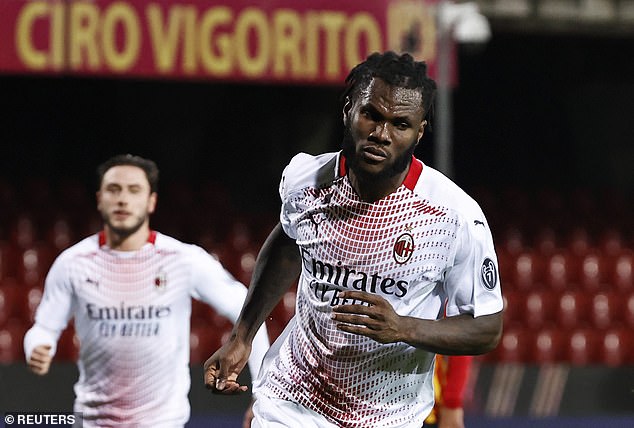 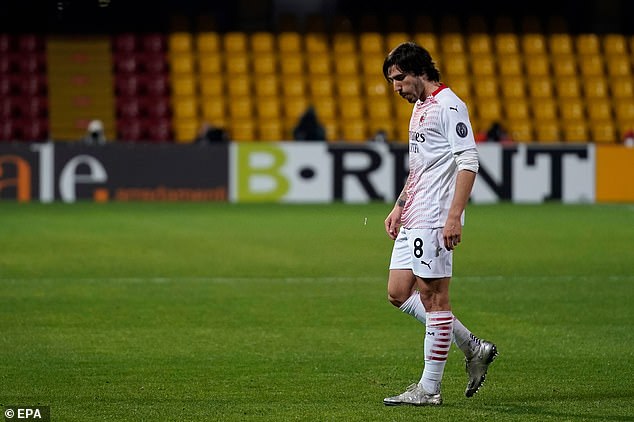 Tonali was then sent for an early bath after his studs grazed Artur Ionita’s right knee and after a VAR review, the punishment was upgraded from a yellow card to a red.

Rafael Leao then rounded off the scoring four minutes after the break, collecting Ante Rebic’s pass on the edge of the box before exploiting Benevento goalkeeper Lorenzo Montipo’s rash decision to leave his six-yard box as the Portuguese forward brilliantly curled the ball over the head of the Italy youth international while off balance.

Nuno Espirito Santo calls on his Wolves players to be more...